As your body generates new cells …

code the new issue of cells with what you want to be your beliefs.

Code the cells with your life purpose.

Code them with your Growth SIStem of: Persist, Resist and Insist.

Persist in growing by being curious and humble

Resist the low levels of energy that use pettiness and apathy by being firm in what you believe and flexible in how you achieve it.

Insist in dignity and authenticity.

Integrate your beliefs into daily life:

Using short prayers composed of a few words to align your intentions; or

Long prayers of putting those intentions into action.

New cells are like a newborn baby – fresh from the source – innocent and clean passing from the marrow through your bones Into your bloodstream. There is a heritage of knowledge passed on from ‘old’ cells to the fresh ones. The brand newest of cells are reasserting your well being and ready to receive the human ancestral wisdom. They have a purpose. They have an intelligence. They have a mechanical infrastructure. They have their engraving agility (as opposed to emotional agility). This is an agility to transcribe and translate the DNA via RNA into actionable instructions. This is cellular level synthesis of energy into magnetic information that can be repeated.  The residue of this cellular synthesis is hosted by the blood.

What do you want to host in your blood as your cellular orientation.  Can they grasp what you want now, as an adult? Or is your childhood programming stronger than what you want?

To The Power of …

As in the power that is incumbent in the design of all things.  In the case of humans, power refers to the powers to resist, insist and resist.  Resist the lower levels of energy in pursuit of meaning.  Insist on being responsible for your thoughts and actions that support the community.  Persist in elevating to higher realms that love to be in service to perceptions about growth.

However we are self-inflicted with auto-GMO.  The design has been messed with.  In the physical, psychological, emotional and spiritual domains.

It’s been a fierce few thousand years of downward pointing modification that we have not been able to resist.  Modification of men and of women.  Of education.  Of religion.  Modification away from the natural design towards the power of profit.  Profit has perverted the power away from purpose.

Maybe the market momentum for electrical vehicles these days is unconsciously mirroring a need for realignment towards something less abrasive to the surroundings; be those people or the planet.

Man to the power of two = Man squared.  If you think about it, that means man to the power of himself.  Whatever he considers himself to be is what will give him power.  If he has confidence in himself, in his skills and qualities, they are empowered by his degree of confidence in his ability to get stuff done.  Whether that stuff supports mutual growth or the attainment of power.

Man to the power of …  anything – implies there is a great versatility in the design of a man to be amplified.  And that is what every teenage boy is waiting for.  Anything that leads him to build his identity.  A teenage identity can be the foundation which leads to meaning for a man as he passes from adult into elder.

A man needs clarity to choose his own alignment?  Clarity can take time: perhaps in a conversation, through years of therapy or on one’s deathbed.

What are your alignment options?  Align yourself to success, to a sense of community, to your inherited religion – or possibly a mix of all of the above.

We all use the same tool to measure love. The instinct is like the heart of the soul – pumping the marrow of the moment into your capacities.  The instinct assumes that you want to be in the best possible health so your faculties will be in service to your soul trajectory.  Confluence of corporeal and soul health is exactly what the planet looks for in a human.

The challenge is when we are lost – meaning not in touch with our instinct – not in communication with the human instinct.  When someone is lost, it can be difficult to find the ramp to exit from the highway to nowhere.

Like GPS on your phone is for you to get to the farm outside the city where they have those really expensive u-cut your own Christmas tree, the instinct is the GPS of the soul.

Your instinct resonates with the truth of you in the moment.

The greater we can, on a daily basis, jump out of the claws of being lost and into the embrace of love and its corollaries of awareness, sharing, service, understanding and agility, the more we can experience being responsible for our daily relevance and religious alignment.  Thus in the equation/formula of man to the power of  ___________ we can insert the alignment we want for us based on our generation of personal beliefs (big and small).

New cells are like a newborn baby – fresh from the source; innocent and clean. They have a purpose. (Since most days of our life there are new cells generating this offers a thread we can follow to connect us to our purpose.)

These cells have an intelligence with which they are eager to permeate our being.  Issuing from within your marrow your cells have a mechanical infrastructure to get the job done with grace.  Grace is a trinity of strength, beauty and meaning.  Cells appear inside you that foster your awareness of meaning. Your meaning seems to us to be written in hieroglyphics because it is written into our DNA.  These unique string stories refer to your universal nature that you reveal in your fealty to your instinct in daily life.

Adjacent to your emotional agility is your cells engraving agility.  This is an agility to transcribe and translate the DNA via RNA into actionable instructions. This is cellular level synthesis of electrical energy into magnetic information.  The residue of this cellular synthesis is hosted by the blood.

What do you want to host in your blood as your cellular orientation?

You are the conscious leader of unconscious cellular syntheses, which can function as your troops. Are you on the same page? Can they grasp what you want now, as an adult? Or is your childhood programming stronger than what you want?

These are micro dynamics that are true to their function and produce accurate results at the level of Elevated energy.  The macro dynamic is everyday life.  You are the macro manager of the purpose of your cellular micro life.

Our job is to find a way elevated information can be integrated into daily life.

It’s easy when it flows and it is difficult when our intentions are out of sync with our cells’ purpose. 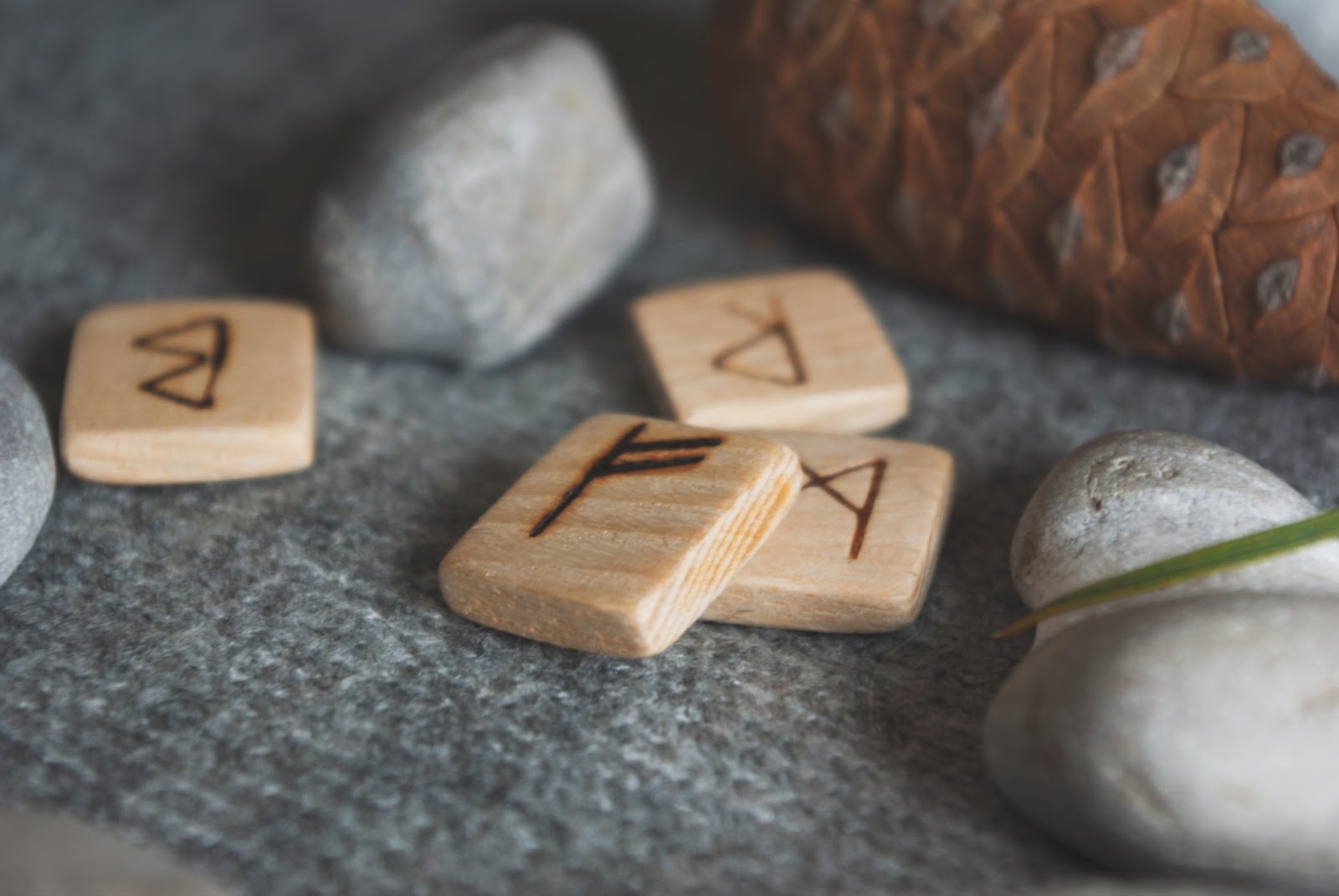 The following is a good place to start when thinking about runes:

As well as being a literal alphabet used during the Viking ages, runes were (and still are by some) believed to hold power, symbolise inherent qualities and values and be associated with magic, as well as having meanings in more modern divination and oracle reading practices too. https://happypiranha.com

How to create runes to insert in your life for the purpose of conducting your energy through your strengths.

Decide on one of the areas in your life that you will focus on. For example: professional, marriage, personal religion.

State what you want for that aspect in your life.

“I want mutual support in my marriage.”

Work it into a declaration sentence.

“In order to instil mutual support in my marriage I will seek the good in my wife and offer honest expressions of my goodness.”

What symbol can you create that holds the essences of your sentence?  It is your declaration sentence for what you want so you choose what works for you.

This can work well with meditation to further engrave the reality of becoming what you want by activating your strengths.

Pair the word and the symbol: draw the symbol and below it write the power word.

Close your eyes and picture that symbol – say the power word out loud.

As you breathe in, imagine your breath being permeated with the power word.

Have it print on your blood for the minute that it takes to circulate through your body culminating with an exhale.

Open your eyes: you radiate your power word.

As you grow forward draw your symbol and say your power word out loud as you wish.